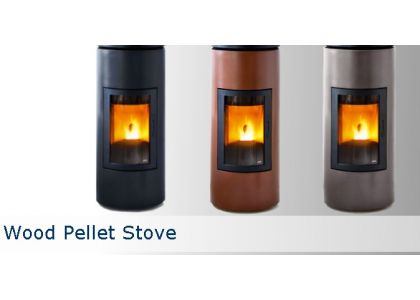 Ginther says that the U.S.’s wood pellet industry can expect even more robust growth if the Asian commercial market or European residential market embraces the combustion of wood biomass. “The U.S. has established itself as a sustainable source of fiber for bioenergy, and we are very proud of the fact that so many European customers are looking to U.S. producers for sourcing needs,” Ginther says.

The wood pellet industry really took off in 2012, after the U.K.’s Department of Energy and Climate Change published guidelines on the direction of British renewable energy policy for the near future. The guidelines encouraged utilities to convert coal-fired generators to generators using wood biomass and gave utility companies the option to burn wood pellets to help them meet European Union air pollution and renewable energy standards. Power companies then began to turn to the southeastern United States, where logging is well-established and much less restricted than in Europe, as the primary supplier of wood pellets.

“It is the EU that has prompted this industry explosion,” Hammel says.

Some scientists say there are still more questions than answers when it comes to commercially burning wood pellets for energy, and it’s largely a matter of carbon cycle calculations. Bob Abt, a professor of natural resource economics and management at North Carolina State University, says a lot depends on the origin and type of trees used to feed the pellet mills.

Burning wood pellets releases as much or even more carbon dioxide per unit of energy as burning coal, so in order for burning pellets to be carbon-neutral the carbon emitted into the atmosphere has to be recaptured in regenerated forests, Abt says. Residual wood, such as tree thinnings and unused tree parts left over at timber mills, is the best material for wood pellets, says Abt. But he and others say that not enough of such waste wood exists to feed the growing demand for wood pellets.

So the industry has turned to whole trees.

Ningbo Jant Electric Co., Ltd was established in 2002 by two young men with enthusiasm on motors’ design and production.

The company is developing gradually these years and focused on supplying professional solutions about small electrical appliance motors.

Jant motor has a team of experienced engineers, QA staff and trained workers.

we hope to cooperation and have a good business relation with you.